#InspirasiSG is a nationwide integrated marketing communications campaign led by M³ to amplify Mr Masagos Zulkifli, Minister for the Environment and Water Resources and Minister-in-charge of Muslim Affairs’ vision for a Community of Success. 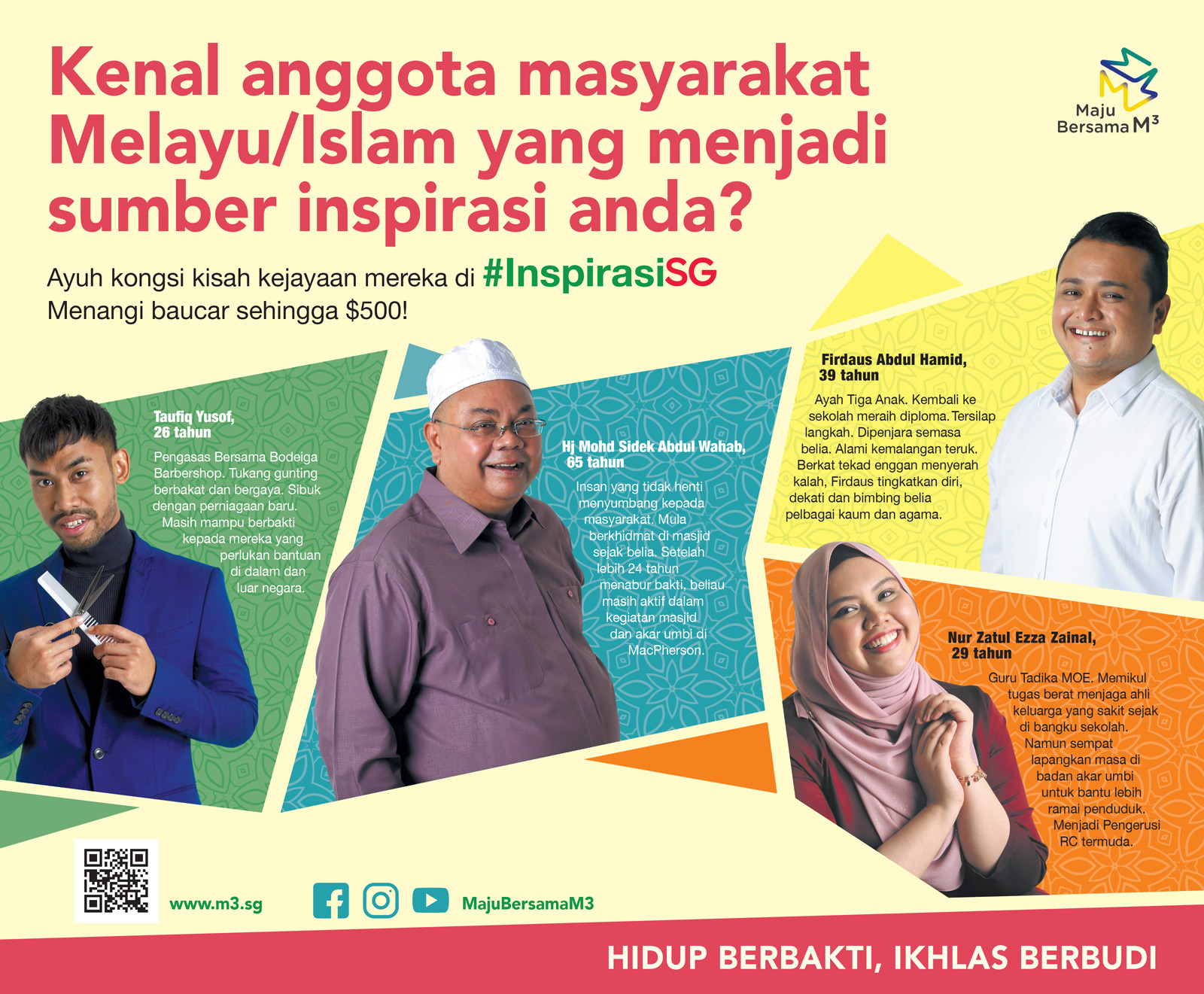 This campaign seeks to showcase the Singapore Malay/Muslim Community as a Community of Success that is progressive yet rooted in its traditions and identity, with a strong spirit of self-help and practises active citizenry as its way of life. It also aims to highlight the 3 “C”s (Character, Competency, Citizenry), mentioned in Minister Masagos’ speech at the Annual Hari Raya Get-Together.

Through the 3 ”C”s – Character (strong values and morals), Competency (lifelong learning and skills upgrading) and Citizenry (active community contribution), true success is redefined as one that is more values-based, highlighting the greater reward in making a difference to other people’s lives. Similarly, the campaign tagline “Hidup berbakti, ikhlas berbudi” means to do good without expecting anything in return. 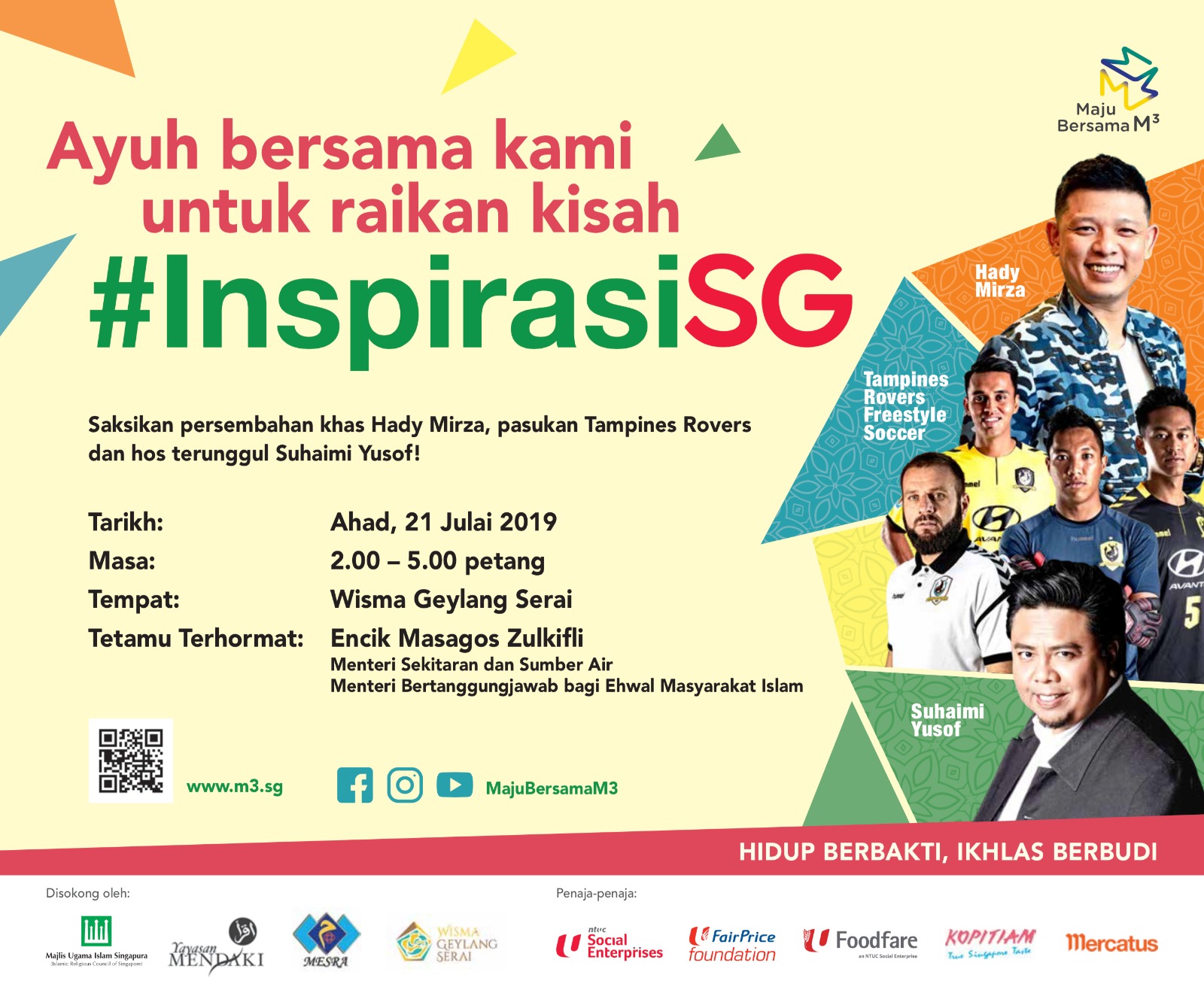 Witness the results of #InspirasiSG, where we will announce the top 10 inspirational nominations. There will also be special performances by our very own Tampines Rovers Freestyle Soccer and Hady Mirza. See you at Wisma Geylang Serai!